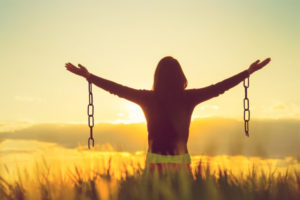 This article is by Kirsten and published by Christian Faith Living

When someone has done us wrong, we feel negative emotions, such as hate, anger, and resentment. But when you take a deeper look at the situation, who is hurting more? Is it the person that did you wrong? Or is it you?

The Bible tells us a lot of things about forgiveness and unforgiveness. In Ephesians 4:32, it says, “Be kind and compassionate to one another, forgiving each other, just as in Christ God forgave you.”

It is difficult to forgive a person who has hurt you. It is difficult because it is God-like to forgive, and we are but mere mortals that experience emotions such as hate, anger, and pain. It is hard to let go of an insult and an injury someone else has caused us. But the Bible teaches us that holding on to these pains and hurts only make us closer to Satan than to God.

In Ephesians 4:27, 31, it says, “Don’t give the devil a foothold. Get rid of all bitterness, rage, and anger, brawling, and slander, along with energy from malice.” Among Jesus’s last words as He was dying were, “Father, forgive them, for they know not what they do.” If God can forgive us, as sinners, why can’t we forgive our brothers and sisters?

Colossians 3:13 says: “Make allowance for each other’s mistakes and forgive anyone who offends you. Remember, the Lord forgave you, so you must forgive others.”

Nothing good can come from unforgiveness. It is a disease that will eat away your soul. It prevents you from moving forward and living the life that God set out for you. When you refuse to forgive, you are living in the past and it’s holding you back from truly living God’s Word.

In 1 John 1:8, it says, “By praying and not forgiving, we develop a callousness to the spirit of God, deceiving ourselves.” God says that the only people we are hurting by our unforgiveness is ourselves.

In Hebrews 12:15, it says, “See to it that no one misses the grace of God and that no bitter root grows up to cause trouble and defile many.” God teaches us that when you don’t forgive others, you are not following His grace.

Leave it All to God

When you are in a situation in life whether you are deliberating whether to forgive someone or not, remember that God will not forsake us. He sees everything and sinners will be judged. So when you want to seek revenge over someone and wish ill against someone who has done you wrong, God is telling you that it is not your job to do so. It is your job to forgive and love your brother. Judgment is up to God, not you.

In Romans 12:19, it says, “Don’t take revenge, dear friends. Instead, let God’s anger take care of it.” After all, Scripture says, “I alone have the right to take revenge. I will pay back, says the Lord.”

When you forgive and leave everything to God, don’t expect that the people who injured you will not be held responsible. They will be judged by God in due time. Your job is to forgive and let go, and glorify God in everything that you do.