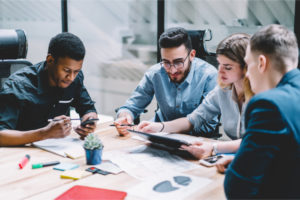 Churches often struggle with empowering younger leaders, with handing significant responsibility to the next generation. Yet the Scripture gives us the sense that a church should believe in young leaders. The Apostle Paul encouraged Timothy to “Let no one despise your youth; instead, you should be an example to the believers in speech, in conduct, in love, in faith, in purity (1 Timothy 4:12).

God delights in using the weak and vulnerable to exert His power (Psalm 8:2). God is not attracted to those who believe they are strong and wise but to those who understand they are weak and foolish, those who know they need His power and grace. In both the Scripture and Church history, we see God greatly using the young to accomplish His purposes.