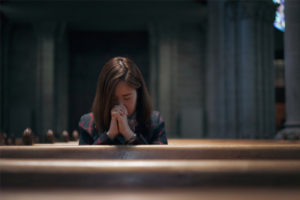 This article is by David Mathis and published by Desiring God

How to Welcome the Words of God

Humility doesn’t come from self-help. Any do-it-yourself “humility,” rooted in your own initiative, is but pride masquerading as its enemy. Genuine humility is the work and initiative of God.

And yet we human creatures have a part to play. Our humbling, at God’s lead, manifestly involves our minds and hearts and wills and behaviors. And while there is no simple program for making ourselves truly humble, God has given us examples to follow, and he has given us some practices and patterns to cultivate and sustain.

When God humbles us — through whatever trying circumstances he chooses to employ — the question for us is, Will we bow up in pride, or bow down in fresh humility? As much as our humility is fundamentally his work, not our own, he hasn’t left us to sit and wait around. God has given us habits of life to shape and ready our souls for humbling days to come.

And perhaps the single most important habit we can develop, or at least the first and primary means God uses, is the daily and weekly welcoming of his word in the Scriptures.

Every new morning presents a fresh opportunity to bend our hearts toward humility — or to re-calcify them in our native pride.

Each rising sun brings with it the question, Will you try to handle this day on your own, or re-consecrate yourself with a renewed declaration of dependence? And in particular, Will you begin this day with the sound of his voice, or the words of someone else? Some voice will be the first you hear — and the first you heed for the day’s direction. Will it be your own? Will it be the opinions and demands of fellow humans? Will it be the world’s voice through various media? Or will it be the only words that truly give life?

Welcoming God’s word, or rejecting it, not only happens at the top of every day, but also the top of every week. Each Lord’s Day offers a new opportunity to bow gladly beneath the hearing and proclamation of his word, or bow up with the pride of our own ideas. How we hear each sermon conditions our souls, for better or worse, toward humility or self-confidence.

Whether a morning reading, or Sunday sermon, or a verse applied by a friend, how will we respond to God’s word? What will be our reflex to divine initiative? What instinct will we have to words from God that confront our sin and land on us initially as unpleasant? Will we respond with reverence and glad-hearted submission? Will we make a habit of welcoming God’s word, or subtly resisting it?

How to Hear from God

How we respond to the words of God reveal how our journey toward humility is progressing. God himself makes the point with unusual clarity in the lives of two righteous kings some centuries before Christ.

First, when Hezekiah came to the throne — on the heels of King Ahaz, who “did not do what was right in the eyes of the Lord” (2 Chronicles 28:1) — he led the cleansing of the temple and re-dedicating of the priests. Once the temple was “made ready and consecrated” (2 Chronicles 29:19), he decreed “a proclamation throughout all Israel, from Beersheba to Dan, that the people should come and keep the Passover to the Lord, the God of Israel, at Jerusalem, for they had not kept it as often as prescribed” (2 Chronicles 30:5–6). Prescribed by whom? By God himself, in his word.

As much as this may have looked like Hezekiah’s initiative, he was not the one acting first. God had spoken first. And tragically, his people had not done what God had said. But now Hezekiah was listening. He welcomed God’s word, and summoned his people to join him anew. And how the people would respond to the proclamation — whether in pride or self-humbling — would be owing not ultimately to Hezekiah but to the word of God:

The couriers went from city to city through the country of Ephraim and Manasseh, and as far as Zebulun, but they laughed them to scorn and mocked them. However, some men of Asher, of Manasseh, and of Zebulun humbled themselves and came to Jerusalem. The hand of God was also on Judah to give them one heart to do what the king and the princes commanded by the word of the Lord. (2 Chronicles 30:10–12)

The prideful rejected God’s word, and laughed and mocked the king’s messengers to scorn. But others welcomed the divine word and humbled themselves. The same is true today: the proud resist what God has commanded, while the humble gladly submit to whatever he says.

When You Hear His Words

So also, less than a century later, the words of God played the decisive role in the self-humbling of King Josiah and his people. Hilkiah the high priest found “the Book of the Law of the Lord given through Moses” (2 Chronicles 34:14) and sent it to the king. Then came the moment of decision: How would Josiah respond? Would he welcome God’s word or reject it?

When Josiah heard what God had said, he humbled himself (2 Chronicles 34:19). He sent for counsel to the prophetess Huldah, who responded,

God took the initiative through his words to humble the king, and the nation. These were not new words for Judah, but words God had given his people long ago — just as we too hold his words in our hands today. As we humble ourselves before God, we are not left waiting for some fresh word from heaven, but invited to press our ears and hearts to the words we already have in Scripture.

How Not to Hear God

However, while Hezekiah and Josiah serve as good examples of how to welcome God’s words, King Zedekiah, tragically not many years after Josiah, models the horrors of rejecting the divine voice. Again, 2 Chronicles tells the story:

Zedekiah was twenty-one years old when he began to reign, and he reigned eleven years in Jerusalem. He did what was evil in the sight of the Lord his God. He did not humble himself before Jeremiah the prophet, who spoke from the mouth of the Lord. (2 Chronicles 36:11–12)

To reject Jeremiah, who spoke as a prophet on God’s behalf, was to reject God himself. Jeremiah laments the calamity of a prideful people who do “not listen or incline their ear” to God’s word:

They have not humbled themselves even to this day, nor have they feared, nor walked in my law and my statutes that I set before you and before your fathers. (Jeremiah 44:5, 10)

Which we see play out in the life of Zedekiah, who did not welcome God’s words. If we ignore the voice of God in his word, we ignore God himself. And could anything be more serious and dangerous than this?

How to Welcome the Words of God

If we are ready to gladly and reverently submit to whatever he says, can we say anything else about how we are to receive his word? Two further examples from Scripture provide at least two specific pursuits to keep in mind as we make a daily and weekly habit of welcoming God’s words.

Work to Understand What God Says

I say “work” rather than simply “seek” because understanding an author, on his terms, takes energy and effort. Active reading is a form of work. Rewarding work. Work that is manifestly worth it. Active reading takes more time, more effort, and more attention (and often a pencil). It means moving at the pace of the text, rather than the pace of modern society. It means pausing and going back to re-read a sentence you didn’t quite understand. Sometimes going back and re-reading whole paragraphs, even chapters.

Our model here is that exemplary exile in Babylon named Daniel. He set his heart to understand God’s word through the writings of Jeremiah (Daniel 9:2–3), and when an angel visited him, Daniel was commended for humbly seeking to understand God on his terms:

Fear not, Daniel, for from the first day that you set your heart to understand and humbled yourself before your God, your words have been heard, and I have come because of your words. (Daniel 10:12)

Daniel did not twist God’s words to make them seem convenient and comfortable at the time. Rather, he humbled himself by setting his heart to understand. It’s an often overlooked “be like Daniel” lesson for today. God means for us to gladly receive his word — what it really says, with all its edges and inconveniences.

We welcome God’s words by cultivating the mentality that divine truths, if we are really listening, don’t typically go down easily for fallen, finite humans. We should be more surprised when extended portions of Scripture land on us without any measure of discomfort, rather than when we are, in some way, unsettled.

Seek to Obey with His Help

Yet one more thing we can say about humbling ourselves through welcoming God’s words is obedience. Humble understanding is the root. Humble obedience is the fruit. None other than Pharaoh is our (negative) example here. After the seventh plague, Moses and Aaron went to him and said,

Thus says the Lord, the God of the Hebrews, “How long will you refuse to humble yourself before me? Let my people go, that they may serve me.” (Exodus 10:3)

God’s word had come to Pharaoh through Moses, and the least we can say is that he did not welcome it. He heard it. He understood it adequately enough. But he did not obey it — not just initially, but after seven plagues, and demonstration after demonstration of God’s power. Pharaoh’s heart was hard with the recalcitrance of pride, and he refused to obey.

Centuries later, James would exhort his readers to “receive with meekness the implanted word” (James 1:21), and then add, “But be doers of the word, and not hearers only, deceiving yourselves” (James 1:22). Welcoming God’s words all the way down means obeying them. Not just hearing. And not just understanding. God wants the kind of hearing and understanding that leads to action. Obedience. Change. New habits of life. New patterns. New desperate pleas for everyday help from the Holy Spirit.

Fork in the Word

Do you want to be ready when God’s humbling hand seemingly intrudes into your life? Put yourself under his word daily in Bible intake, and weekly under faithful Bible preaching.

The very parting of the ways, far upstream, between those who humble themselves before God, and those who resist his will and ways, goes back to this very simple fork: Will we develop regular habits of welcoming his words — in all their comfort and discomfort, all their sweetness and inconvenience, all their warmth and edges? Will we work to understand and seek to obey the words of our God?